Pretty chuffed that BBC Leeds played the whole of 'The Fields' the other night, my World War One song - all 6 minutes 50 of it - it's a story song so it wouldn't work that well to only tell part of the story - but I didn't really expect them to be able to play it all (just because it's nearly 7 mins long, that's all).  You can find the programme here http://www.bbc.co.uk/programmes/p022s914

I recorded it on a Monday, uploaded it to the BBC uploader on the same Monday and they put their programme together on the Tuesday - and it went out the following Saturday (26th July) - So a five day turn around from recording to public broadcast.  I think that's pretty goo!  You can listen to it for the next few days.  It's now also free to download on bandcamp  http://johnparkes.bandcamp.com/

Bit of an experiment for me - a song from the perspective of someone else...And I think I'm right in saying it's also the first song I've 'released' that has finger picking on the geetar - it is pretty much just an accompaniment though...Anyway, have a listen if you would... 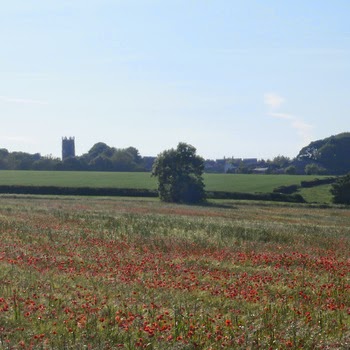 The photo that I put with it on Bandcamp isn't the best ever but it's the only pic I had that seemed remotely appropriate - taken by me - anyone know where?
Posted by John Parkes at 9:42 pm